'In Conversation' with Matthew Parris and Emma Bridgewater 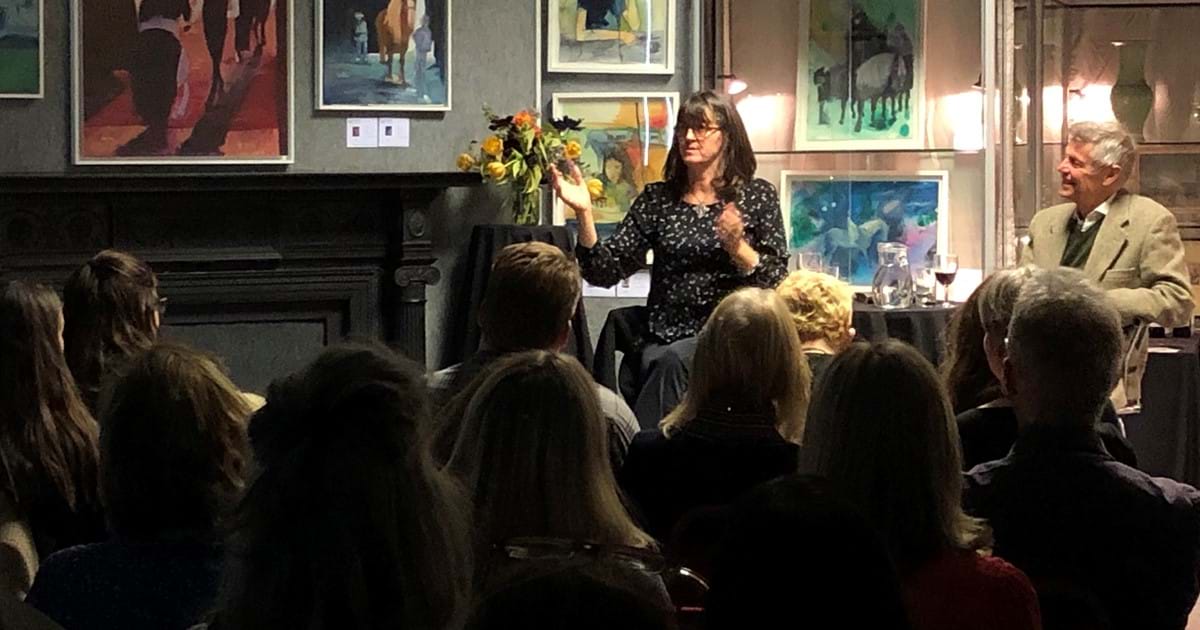 A fundraising 'In Conversation' with Matthew Parris and Emma Bridgewater

Over £2,300 was raised for Maggie's Cheltenham.

Matthew Parris wrote about the event in The Times the following week:

A real trouper
I did an “in conversation with” in Kensington with Emma Bridgewater, the entrepreneur who has rescued a pottery in Stoke-on-Trent with her bold, individualistic designs. But she wasn’t there to talk about coffee mugs lettered “Mr” and “Mrs”, but about her late sister, Nell Gifford. I knew Nell. She ran a circus. Indeed, after a privileged upbringing and an Oxford degree, she almost literally ran away to join a circus: she started her own, Giffords Circus, which she both managed and performed in. This notebook has described the marvellous feats of human and animal co-ordination that this travelling troupe take around the country. I loved it, and when invited, after Nell’s early death from cancer last December, to interview her sister for a cancer-charity auction of Nell’s wonderful paintings, how could I refuse?

What lives people lead — Nell’s in the sawdusty ring, Emma’s amid the potting clay, and mine, interviewing one sister about the other. Giffords Circus goes on, and I shall be back in the marquee (audience, not clown) this summer.