Acolytes of Athena: The Renaissance Art of Armour | An online Talk by Dr. Tobias Capwell 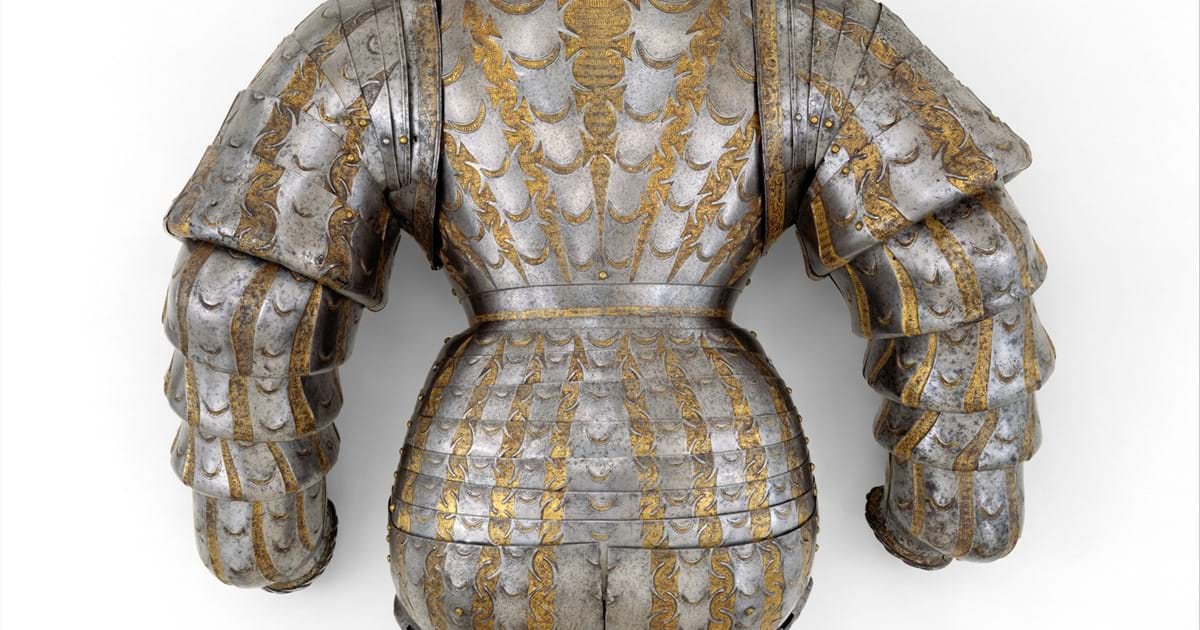 Armour was one of the great Renaissance art-forms, but today it is often forgotten, perhaps because we tend to forget that functional objects can be works of art at the same time. In the fifteenth and sixteenth centuries almost all of the richest, most powerful noblemen in Europe were dedicated patrons of armourers as well as painters and sculptors. Armour was an intensely personal medium, both expressive and decorative. Its essence was the creation of a living sculptures, a process which demanded not only fantastic skill in the sculpting of iron and steel, but also mastery of all decorative techniques available to the Renaissance metalworker. The achievements of virtuoso master armourers like Kolman Helmschmid, Konrad Seusenhofer and Filippo Negroli were not however just about splendour and richness. They also embodied more complicated messages and told stories, about status and the world, divine power, and personal identity.

Dr Tobias Capwell is Curator of arms and armour at the Wallace Collection in London. He has written and spoken extensively on both the historical and the practical aspects of his subject. He is a skilled jouster and has published several books relating to his speciality. Among them is Armour of the English Knight 1400–1450 (2015) and the very recent book of the same name covering the dates 1450-1500.  This latest publication can be pre-ordered here.  He has also contributed to 'Tournaments: A Thousand Years of Chivalry' which can be pre-ordered here.

This is a Fundraising Talk for the tireless work of the charity West London Action for Children.

THE TALK IS NOW AVAILABLE TO WATCH

COST:  £5 via PayPal.  All proceeds to West London Action for Children.

Click on the 'Buy Now' tab below, once paid the webinar will open.