British and Continental Pictures have been sold at 25 Blythe Road since December 2012.

Sales offer pictures from Britain, Europe and international artists, covering the 16th to 21st centuries: paintings, prints, photographs, and on occasion sculptures, have all been sold by the department.

2017 saw the sale of pictures from a private London club, where a diverse range of paintings, prints and caricature drawings drew competitive bidding and a sale total of £217,620, with a sell-through rate of more than 90%.

In 2018, the department sold items from the collection of Dr Alan Borg C.B.E., former Senior Director of the V&A, and former Director of the Imperial War Museum. These included a group of designs for War Memorials, which were featured in a number of international publications.

The sales are overseen by Harry Moore-Gwyn, a leading authority on Modern British Pictures. The department is supported by a number of experienced consultants and staff.

British and Continental Pictures and Prints 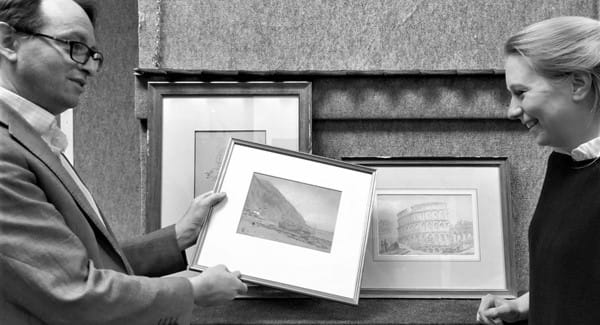 British and Continental Pictures and Prints