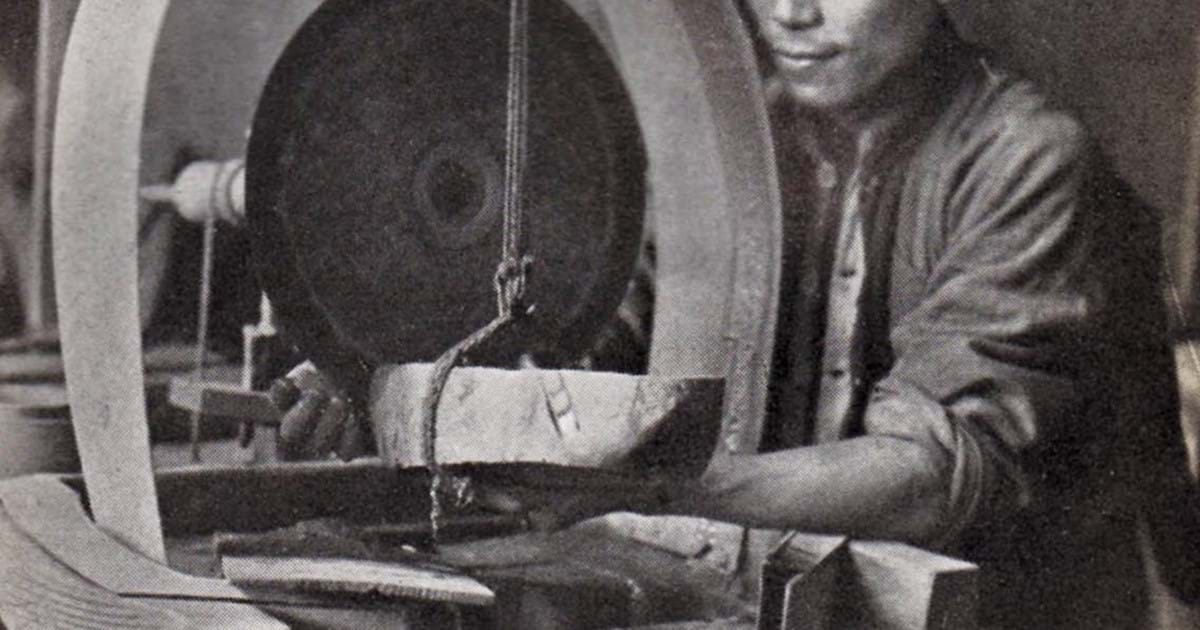 In 1921, the fashionable department store Liberty & Co. Ltd. in London's Regent Street arranged a  exhibition. It was called  'Jade Anulets.' Invited journalists wrote enthusiastically over these Chinese treasures; one, from The Tatler's 'Highway of Fashion' column, praised the firm for such an interesting display of 'artistic craftsmanship.' The Illustrated London News went further by reminding its readers that Liberty's had long been connected with ' Orientalism.' Its founder, Arthur Lasenby Liberty (1843-1917), had begun his career in 1862 at Farmer & Rogers's Great India Warehouse in Regent Street, which that year had shown a collection of Indian shawls at the International Exhibition.

Setting up his own company in 1875 for the sale of ornaments and fabrics from the Near and Far East, Liberty boasted of having direct correspondents in Persia, India, China and Japan. In fact, when he was in Japan in 1889 he took the opportunity of delivering a lecture in Tokyo to a mixed audience on 'Japanese Art.' 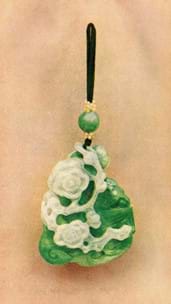 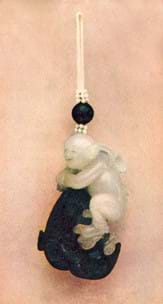 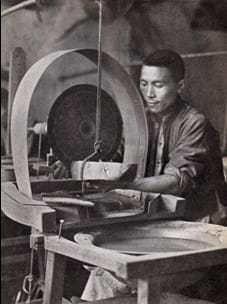 True to its roots, Liberty's has always promoted its exotic stock of artefacts from romantic, far away places. Along with the 'Jade Anulets' exhibition the firm issued, gratis, an illustrated brochure printed on special 'vellum' paper. From it we learn all sorts of arcane information about jade and its carving. Also details of the symbolism of the carved images: a pomegranate, it says, means, 'May you have many children' and peaches are the emblem of longevity as is the appearance of a fungus to signify a long life.

(3) A Chinese jade carver at work 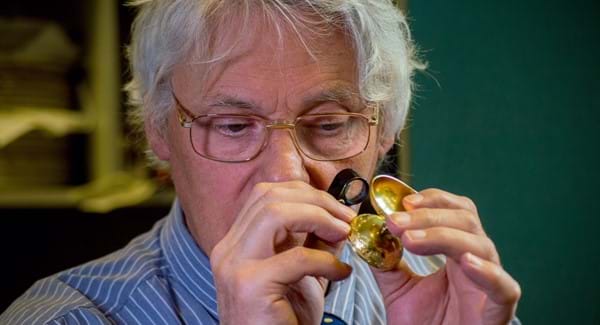